Gabriola Housing Society (GHS) is a registered non-profit charitable society, incorporated in 2013. The purpose of the Society is “to relieve poverty by supporting and/or developing and/or operating projects that provide housing to people with low to modest incomes on Gabriola Island.“

From 2001 to 2011 BC’s land prices surged and buying or renting decent housing became increasingly difficult for Gabriolans of low to moderate income. Following the recommendation in the 2012 Affordable Housing Strategy produced by People for a Healthy Community, Gabriola Housing Society was incorporated in 2013. Since then, its members have participated in Local Trust Committee (LTC) initiatives and other community discussions regarding housing. In 2016, a new Board consolidated the work done so far and undertook to:

To get Gabriolans involved, GHS held a community-wide Affordable Housing Forum in May 2018. View the Affordable Housing Forum Report (1.4mb, PDF). Participants were given architectural drawings of several possible housing development layouts ranging from a two-storey apartment block to variable clusters of duplexes, triplexes and four-plexes with units of varying size. People were asked to write and draw their critiques and suggestions on the drawings, telling us their concerns and wish-lists. Dreams were large and discussion was lively.

In June 2018 the Islands Trust published their “Housing Needs Assessment for the Northern Region of the Islands Trust”. The existing rental market depends heavily on illegal suites. Over half of the Gabriola rental population lives in inappropriate, unstable, or substandard housing. Also, 52% of Gabriola Island rental households are spending more than 30% of household income on shelter costs. This compares to 48% of households in the RDN, and 43% for BC. The Islands Trust report concluded that meeting future affordable housing needs can be accomplished by a number of actions, one of which was that local not-for-profit organizations can acquire land through donation and apply for funding to construct affordable housing.

In 2019, GHS received CRA approval as a registered charity and acquired from Emcon Services Inc., through a very generous donation, three level lots on Paisley Place with a plentiful supply of water, and close to transportation and other social amenities in the village.

The GHS Board
GHS Membership
Donate to GHS

You Can Help Us

One of the best ways you can help is to make a tax-deductible donation. GHS is a registered charity. Use our Canada Helps website form button to make your donation—they will issue your tax receipt. Or you can send an e-transfer to gabriolahousingsociety@gmail.com or cheque directly to GHS. 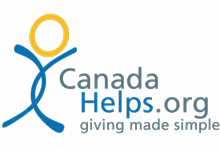